The CSV Manager provides an user-friendly way to bulk import, export, and update the location data.

You can import the address, opening hours, store categories, featured images, custom meta fields, and other details for multiple locations via a CSV file. If no coordinates are provided, then the location is automatically geocoded *. 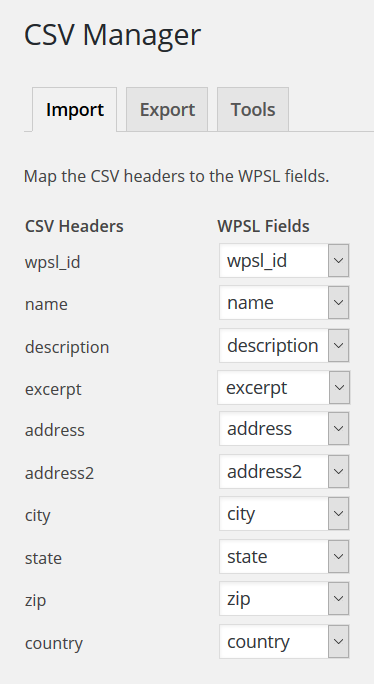 If you want to update existing locations, you will need to first create a CSV export, then update the data, and then re-import the updated CSV file.

* Restrictions exist for usage of the Geocoding API.

Need help or have a pre-sales question? Submit a support ticket.